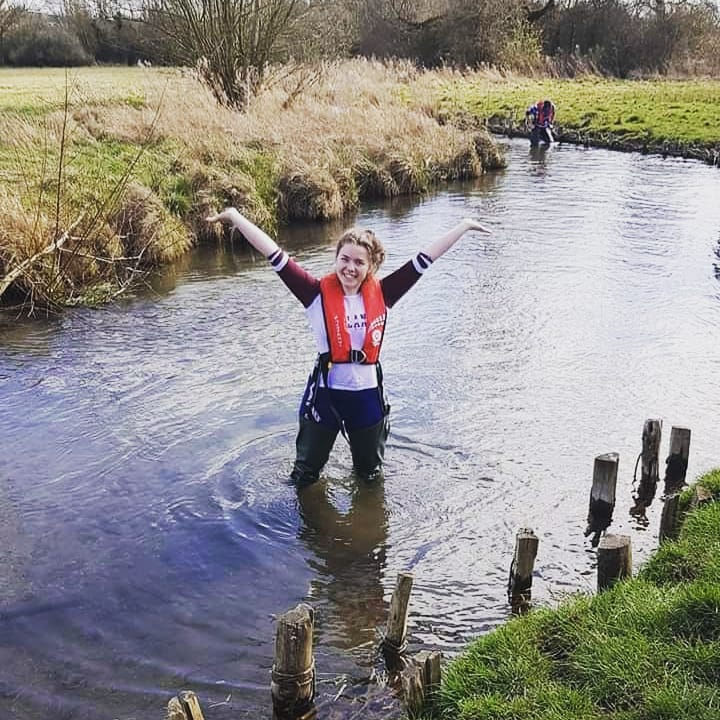 My adventures at Stotfold Mill and Nature Reserve have continued since the last post I wrote and in the weeks since then my placement has been packed with activities and events. I’ve had so much fun helping out at the children’s activities, and have participated in several pond dipping sessions. It’s amazing the creatures you find when you delve beneath the surface of the seemingly still and tranquil pools! Even as a very sensible and mature university student I couldn’t help but share in the childish joy of finding gory creatures like leeches, larvae and gargantuan water snails.

It’s not all fun and games though! I’ve been hard at work carrying out extensive surveys of the reserve. Being naturally inclined towards botany I particularly enjoyed my in-depth survey of the wildflower meadow where I discovered a number of interesting plant species such as yellow rattle, lady’s bedstraw, and pollen rich species like daisies and knapweed. It is particularly exciting to see that the yellow-rattle has become so well established in the meadow as it acts as a parasitic neighbour to most grasses and greatly reduces the vigour of their growth, making them less competition for the species of wildflowers that are being encouraged. As Hardy once said “Beauty lay not in the thing, but in what the thing symbolized.” How true in this case! The yellow rattle while not a particularly attractive plant itself, is gradually paving the way for a host of other species. I did not work alone while surveying the meadow, instead I had great fun gently shunting grasshoppers off of my notebook with my pen every few minutes! I was also accompanied by a host of considerably less adventurous butterflies who seemed quite content to let me get along with my work without supervision. Small skippers, marbled whites, and meadow browns were among the winged spectators, although I spotted a number of other butterflies that my botanical brain failed to identify.

As part of my placement on the reserve I have also been able to get involved with the mill side of things. One Sunday I volunteered in the mill and was absolutely thrilled to be invited to assist the millers in running the mill! Getting kitted out in my white miller’s coat and red kerchief was extremely good fun. I spent a fantastic morning with the millers learning about the daily mill set up, including safety procedures and the sensible things like actually putting a bag under the chute! I felt as if I had travelled backwards in time as I turned what was essentially a really big tap on to start the water wheel turning and then helped it to start the gears moving with a huge lever. My efforts were well rewarded with a bag of flour that was milled by myself on the day.

I experienced a great deal of variety in the latter part of my placement with the mill! I have been able to get involved with projects that I am familiar with like the meadow surveys but also had the opportunity to try things that I would never have had the opportunity to have a go at otherwise like the milling! I’ve had a fantastic time so far and I’m sure I will continue to be pleasantly surprised by the continuing variety of work and projects going on in the mill and reserve! I wonder what I’ll be getting up to next…